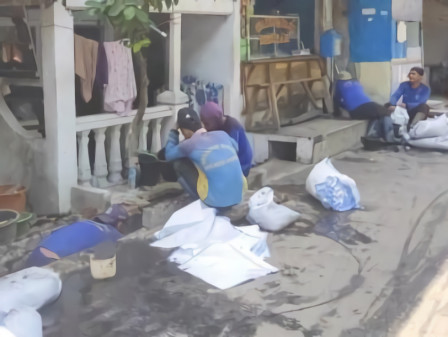 The drains dredging work in eight RWs in Sunter Agung, Tanjung Priok, North Jakarta continues to be accelerated. It is targeted to be complete in the forthcoming December.

"The sub-agency personnel are intensified in eight RWs and PPSU members are in two RW 09 and 13," he expressed, Tuesday (11/17).

He explained it had been ongoing since October. Every day, personnel managed to collect 120 sacks containing mud and waste from the drains.

"Hopefully it can be finished by the end of this year thus can maximally handle flooding," he hoped.