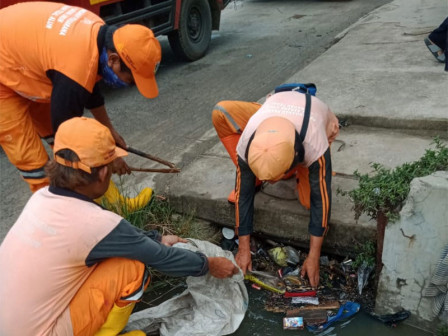 Tegal Alur Urban Village Head Arifianto said the disaster caused the Semonggol River to overflow. Moreover those RTs were basin areas. To handle it, his side immediately dispatched 20 personnel of PPSU to the location by cleaning the clogged drain caused by waste.

Despite there was no evacuation, his party set up an evacuation site at SDM 01 Tegal Alur in order to anticipate unwanted things.

"We also send additional personnel to recover this condition as before," he stated.