Channels Normalization on Jalan Patra and Mangga I Reaches 55 Percent 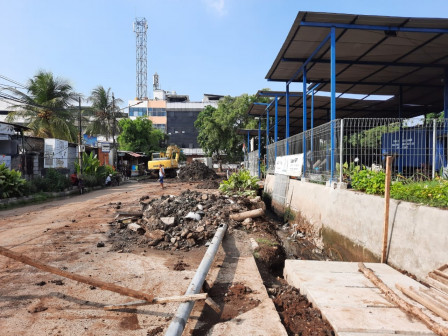 He explained, the channel normalization on Jalan Patra was up to 325 meters length with 150 centimeters depth and width. Then on Jalan Mangga I, it was done up to 145 meters with 80 centimeters width and depth.

It was done to maximize water holding capacity and to smoothen water flow into retention pond or locally known as olakan towards Sekretaris River when rain poured.

"By so we can avoid puddles on Jalan Patra, Jalan Asem, Jalan Mangga and its surroudings," he closed.