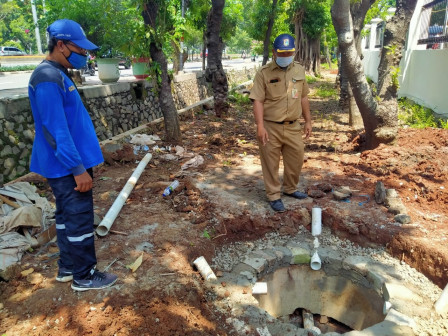 "We build it manually starting October and now its process reaches 90 percent. It is estimated to finish next week," he explained, Tuesday (11/10).

His side deployed 10 personnel from Matraman Sub-district SDA Unit to build infiltration wells with depth 3 meters and 1 meter.

"These five infiltration wells are built to anticipate inundation in rainy season," he closed.