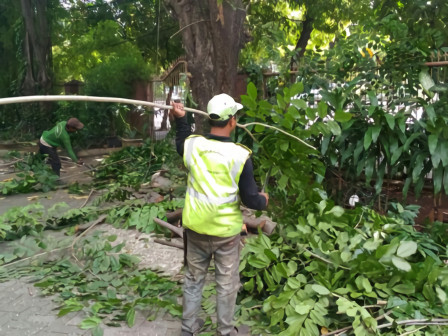 The South Jakarta Parks and Urban Forest Sub-agency has noted that as many as 2,462 trees spread over 10 sub-districts have been pruned during October. Its pruning is carried out by involving the joint personnel of sub-district PJLP, buser team one, buser team two and park team.

" This is for the safety and comfort of the community"

"This is for the safety and comfort of the community," expressed South Jakarta Parks and Urban Forest Sub-agency Head, Winarto, Monday (11/9).

As for the buser team one pruned 573 trees, the buser team two pruned 118 trees and the park team pruned 381 trees. From that number, there were 768 trees in the light pruning category, 1,459 in the moderate category, 159 in the heavy category and 76 trees were cut down.