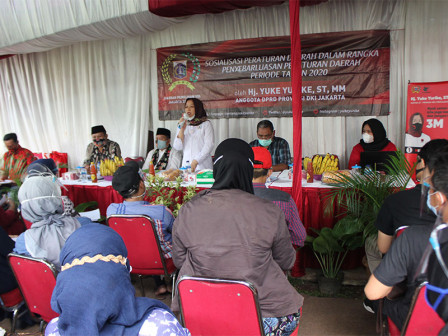 According to him, the socialization in the first stage was related to Bylaw number 4/2015 on the Preservation of Betawi Culture.

"We want people to care more about preserving and developing Betawi culture," he said, Wednesday (11/4).

While for the second Sosper was done related to the Bylaw number 4/2019 on Amendments to Regional Regulation number 3/2013 on Waste Management.

"I want to participate in educating residents about the process of sorting waste directly from the source to optimize waste management which needs to be done with a collaborative participatory model or with a partnership pattern. While doing Sosper, I also conveyed about the progress of the plan to build an Intermediate Treatment Facility or ITF in Sunter," she stated.