Two Olakan Rivers will Be Made in Tanah Abang Soon 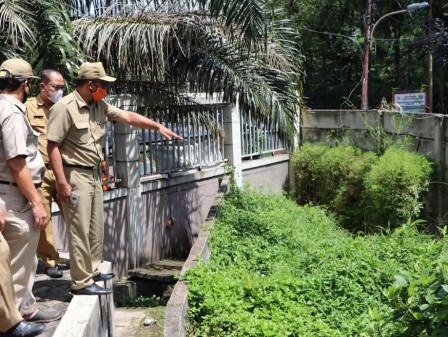 Two retention ponds or locally known as olakan will be built on a 6,613-square meter social and public facility land in RW 09, Karet Tengsin and a 1,000-meter wide land in the BMW Park, RW 03 Petamburan Urban Village, Tanah Abang Sub-district area in the near future.

" They will be functioned to accommodate water from RW 09 and 011 Karet Tengsin, including in RW 03 Petamburan"

"They will be functioned to accommodate water from RW 09 and 011 Karet Tengsin, including in RW 03 Petamburan. The water will be then flowed into Ciliwung River and West Flood Canal," said Central Jakarta Economic and Development (Ekbang) Assistant, Bakwan Ferizan Ginting, Tuesday (11/3).

His side would also to make them as an open space for citizen interaction. It would be designed by the Water Resources (SDA) and the Parks and Urban Forest sub-agencies.

"It is carried out to minimize puddles and floods in both locations," he explained.

"Hopefully it can be realized soon so we can be free from floods," she closed.