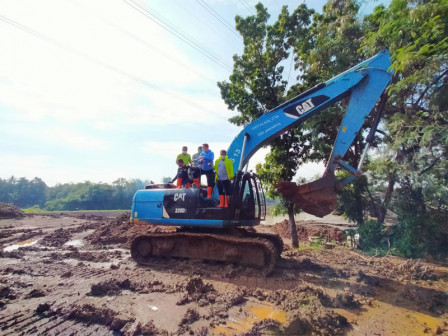 East Jakarta Mayor Muhammad Anwar took his time to ride a bicycle today while monitoring the process of dredging at Pondok Ranggon Reservoir, Cipayung, on Wednesday (10/28).

The current dredging was focused on reservoirs 1B and 1 C considering 1A was already finished with a depth of four meters.

"It is targeted to be complete by the end of this year," he stated.