2,092 PSBB Violators in Central Jakarta Have Been Netted in a Week 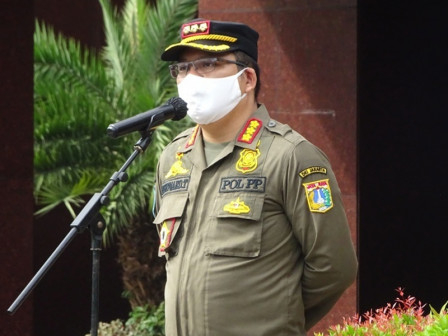 Central Jakarta Satpol PP has managed to crack down on 2,092 people who do not wear masks in public during the second transitional large-scale social restrictions (PSBB) on October 12-18.

" We have managed to collect Rp 2.8 million from violators"

Of 2,092 people, Central Jakarta Satpol PP Head Bernard expressed, 17 of them were subject to administrative fines and the rest sanctioned by social work.

"We have managed to collect Rp 2.8 million from violators," he explained.

He added the mask operation was intensified in crowded areas such as, market and Tanah Abang Train Station, HI Roundabout and Monas areas.

His party was also routinely promoting the rules for providing guest books and limiting the capacity of visitors to 50 percent to restaurants, cafes and beverage stalls.

"It has been a routine activity since October 12," he stated.