As many as 15 joint officers of PPSU, Satpol PP, Transportation Sub-agency and Bina Marga Task Force have been alerted to handle puddles on Jalan Pintu I TMII, Pinang Ranti, Makasar, East Jakarta, on Monday (10/19) afternoon.

Officers are sent to clean up waste in the channel

Pinang Ranti Urban Village Haris Indrianto said puddles as high as 15-20 cm occurred, as the TMII connecting channel was unable to accommodate heavy rainwater. As a result, the water spilled out onto the road.

They were also assigned to manage traffic flow to avoid congestion. To anticipate similar condition, eight officers had been sent to monitor and clean the channel.

"The cleaning is started from in front of At Tien Mosque until intersection of Tamini Square," he stated. 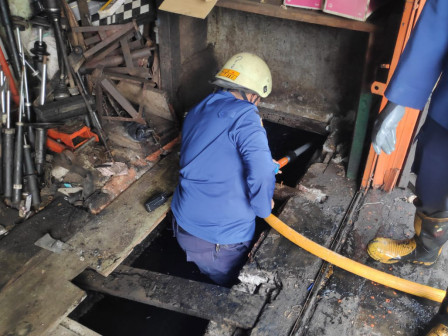 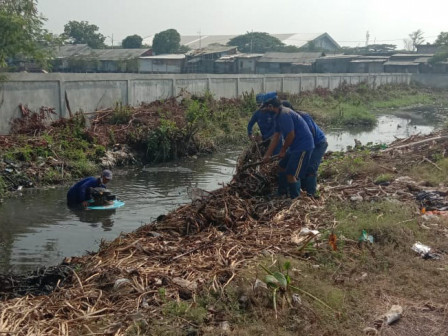 100 Joint Personnel Dispatched to Clean Up Mud in Semper Timur 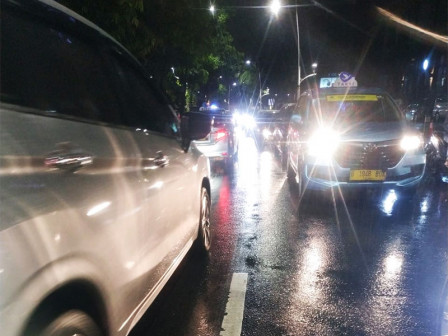 Puddles in Bangka Have Totally Receded After Cleanup 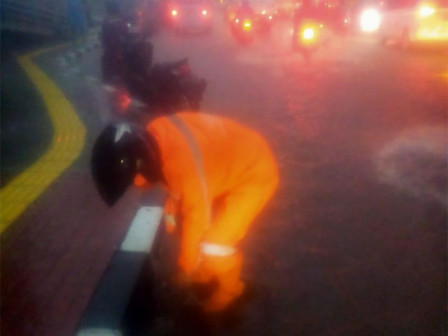