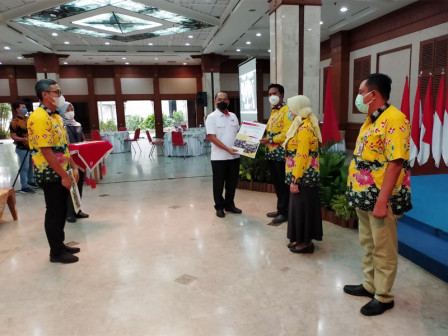 "Our target for this year's PMI Bulan Dana Fundraising in West Jakarta is Rp 5 billion. Let us work harder to reach and exceed the target," he asserted during the launch and inauguration of 2020 West PMI Bulan Dana committee, on Thursday (10/5).

His side also encourages all officials, civil apparatuses (ASN) and residents to support this fundraising program which held on October 1 - December 31.

"We are optimistic to reach our target," he mentioned.

On the other hand, West Jakarta PMI Chairperson, Baharuddin conveyed, media that he used for PMI Bulan Dana Fundraising is in form of 1,460 coupons worth Rp 5,000 and Rp 2,000.

"Moreover, we also place 23 drop boxes in malls, supermarkets, and deliver 10 proposals to companies," he added.