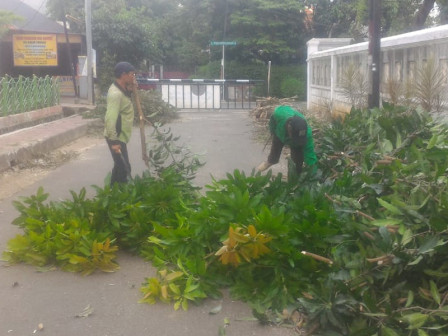 " Those trees are tall and shady"

Cilandak Park and Urban Forest Sub-Agency Unit Head, Darsono conveyed, his side followed up request from local residents to prune trees since they're worried those trees would fall when heavy rain falls.

"Those trees are tall and shady. Because of that, residents are worried because rain often falls with strong wind," he explained, Thursday (10/15).

According to him, his side trimmed 50 trees consist of angsana, trembesi, tanjung, timbul, jamblang, glodongan, mango, coconut trees, and others.

"It becomes less shady after we trimmed it. Thus when there is windy rain, the tree will not fall," he mentioned.