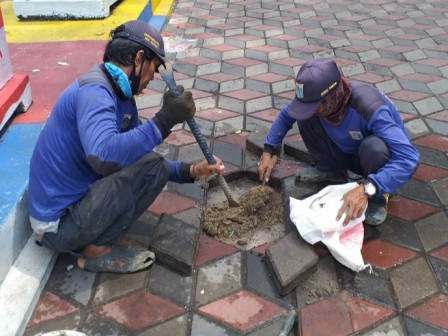 "Biopore infiltration holes are important to preserve groundwater. Apart from that, biopore holes can also prevent inundation when it rains," he explained, Monday (10/12).

In this year, his side has made biopore holes and vertical drainage in 121 points in Panggang Island Urban Village, where 52 points are located in RW 04 and 69 points in RW 05.