Pegangsaan LRT Depot will Be Transformed Into TOD Area 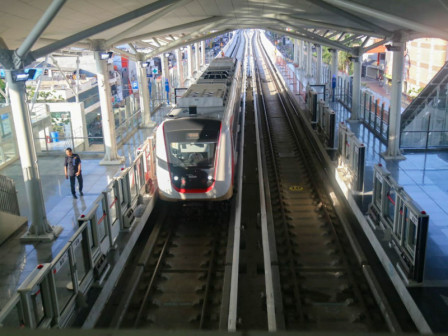 "The purpose of this FGD is to capture the aspirations and refinement of the City Design Guide document on TOD Pegangsaan Dua from stakeholders in the TOD delineation area," he expressed, Thursday (10/8).

He explained TOD is an urban arrangement concept that has high complexity. In addition, its concept could also be interpreted as an integrated area development around rail-based transportation modes, like KRL, LRT and MRT. Especially in Pegangsaan Dua, it was prepared to anticipate future environmental developments. Even so, the surrounding environment also still needed more attention.

Moreover, the area was still dominated by industrial and factory areas. That was why, they intended to transform the area through an urban regeneration approach or urban renewal, which aimed to adapt to the needs of urban communities.

"By so the rearrangement of the city is more suited to its function. If it is built in a factory, it's surely not suitable," he told.

He went on to say that, in the future, it was also directed to be a comfortable and efficient residence. The residents would find it easy to use integrated public transportation, such as Transjakarta and LRT.

On the other hand, Jakpro was appointed as the area manager with the TOD concept in Pegangsaan Dua. Therefore, in the initial phase, they would start building on the LRT Depot area.

With the TOD concept, he added, it was able to organize the Pegangsaan Dua area while simultaneously supporting and accommodating the needs of urban communities. Thus people, who live in the area around TOD Pegangsaan Dua, would also be supported by one stop living facilities.

"We have prepared facilities and accommodation and don't have to bother having to go anywhere. So we take one step to the mode of transportation," he stated.