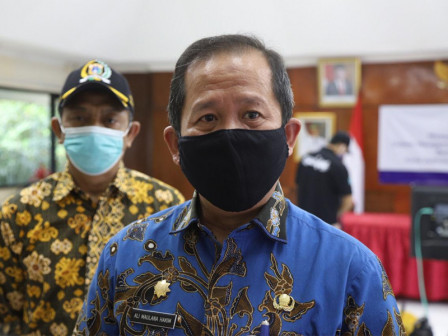 The North Jakarta administration is currently focusing on preparing guidelines for flood management in its region.

" It is divided into three phases, starting from the pre-anticipation phase, during and after the flood"

It will later become a reference in implementing flood management starting from the urban village to the city level.

North Jakarta Vice Mayor Ali Maulana Hakim said flood prevention should be adapted to the characteristics of the region. As a coastal city, this region had problems of flooding due to local rain, floodwaters from upstream and the tidal wave, locally known as rob.

"It is divided into three phases, starting from the pre-anticipation phase, during and after the flood," he said, Thursday (10/8).

He explained, thus far, flood mitigation guidelines were being drafted through virtual urban village meetings. In the meeting, residents were urged to give suggestions, input and solutions in dealing with floods in their region.

According to him, all this time, flood mitigation is only based on experience and has not been contained in a detailed and detailed manual. Apart in the near term, it could also be used in the medium and long term.

He added that the meeting would take an inventory of all the problems and solutions that had been carried out so far. The results of the inventory would be made into guidelines for the RT, RW, sub-district, sub-district to city level and then reported to the provincial level.

"We must be alert. Collaborate and invite all forces in the region," he stated.