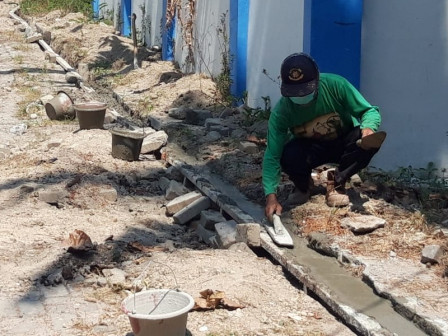 A number of streets and sidewalks in Tidung Island Urban Village, South Thousand Islands Sub-district began to be repaired.

" It has been ongoing since yesterday"

"It has been ongoing since yesterday," he expressed, Friday (10/2).

His side had set aside Rp 3.4 billion to conduct the repair that started from Love Bridge tourist area until neighborhood streets. It was targeted to be complete by the end of this year.

"There are two kilometers to be installed three-dimensional paving blocks and another four thousand meters using concrete paving blocks," he stated.