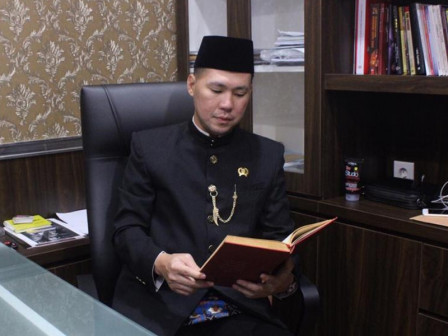 " I support it. Even it has been approved by Finance Ministry"

One of his fundamental reason in supporting the Executives was because Rp 12.5 trillion budget was projected for improving comprehensive flood control infrastructure, including to improve river and drainage capacity with Public Works and Public Housing (PUPR) Ministry.

"I support it. Even it has been approved by Finance Ministry for other strategic programs, such as sea embankment construction and waste control. As long as it is managed transparently, we support it. Because it almost spent Rp 3 trillion only for COVID-19," he conveyed, Tuesday (9/29).

Regarding flood control infrastructure program, he suggested Jakarta Government to intensify its communication and coordination with PUPR Ministry considering its obligation in flood control activities.

"This synergy is expected to overcome flooding in Jakarta," he mentioned.