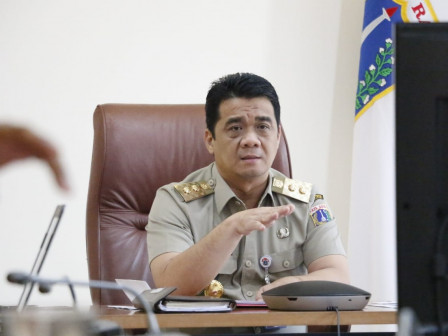 " Thank you for participating in preventing the spread of coronavirus through Ketupat Operation from 14 days to 54 days, precisely from April 10 until June 3"

On that occasion, he appreciated all ranks of the National Police who have collaborated with the city administration in enforcing discipline during the large-scale social restrictions (PSBB).

"Thank you for participating in preventing the spread of coronavirus through Ketupat Operation from 14 days to 54 days, precisely from April 10 until June 3," he expressed, as quoted by Jakarta PPID's press release.

Not only that, since the transitional PSBB from June 4 to September 13, the city had followed directions from the Central Government to involve army and police in the supervision, monitoring and operation of PSBB with Satpol PP.

"At least 380,000 personnel are involved in the operation. This is the direction from the President. Thus we continue to coordinate with each other in terms of human resources in the field and do monitoring at the athletes' homestead, including odd-even traffic system with the Transportation Agency," he explained.

He explained that its cooperation was also further strengthened after the issuance of Gubernatorial Regulation number 79/2020 and number 88/2020 on amendment of number 33/2020 that has been valid since yesterday in the context of tightening the PSBB through Yustisia Operation.

"Since yesterday we get extra personnel assistance in order to help carry out monitoring, supervision and discipline enforcement in the capital," he asserted.

On the other hand, through the Sespimti event, he hoped that the selected participants gained knowledge and experience of the participant's managerial abilities as leadership candidates in a bid to pursue a career in the ranks of the police.

"Police Sespimti is a potential cadre who is expected to be part of continuing the great aspirations of the Indonesian nation to serve in the police force to maintain public order and security," he said.