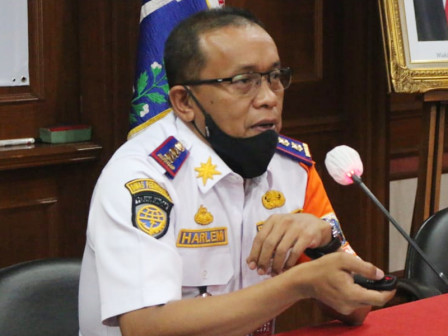 The North Jakarta administration has set two roads in its territory as a special cycle area (KKP). Those roads are Danau Sunter Selatan in Tanjung Priok and Jalan Benyamin Sueb in Pademangan.

" Because of the high public enthusiasm, this is more about concentration for supervision and action"

"Because of the high public enthusiasm, this is more about concentration for supervision and action," he expressed, Tuesday (9/8).

He expressed that there were previously six KKP locations in North Jakarta area. Due to increasing cases of coronavirus, KKP in all regions would be suspended temporarily.

"No cycling activities temporarily. But it is not implemented in every sub-district in a bid to facilitate monitoring and prosecution for residents who break health protocols," he explained.

He admitted the public's enthusiasm to maintain fitness and improve the body's immune system was likely to increase. It could be seen from several crowded places visited by residents for cycling and jogging.

"Exercise is great for increasing body immunity yet it must be supported with health protocols," he uttered.

He hoped that they could disperse themselves after exercising at the KKP location in order to avoid the risk of contracting coronavirus.

"Please stay healthy by not crowding and don't bring your kids under nine and elderly at the location," he said.