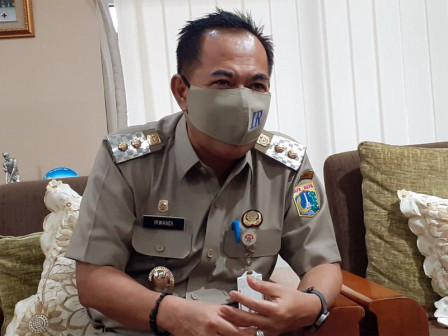 Central Jakarta Vice Mayor, Irwandi conveyed that his side has instructed all urban villages and sub-districts administrators to deploy PPSU and Water Resources (SDA) Units to clean up the channels.

"We have asked urban villages and sub-districts heads to monitor channels near the roads and rivers, to make sure whether it needs to be dredged or not. As well as monitoring water pumps operation in 8 sub-districts. They need to recheck its condition," he asserted, Wednesday (8/19).

According to him, Central Jakarta has 17 pump houses and 18 mobile pumps in 8 sub-districts.

This dredging work has been started since June to anticipate inundation in several areas due to extreme weather. For each rivers, his side also prepared 3 heavy equipment consisting Long Arm, Standard Excavator, and Amphibious Excavator.

"This mud dredging will be carried out continuously by Central Jakarta SDA until the end of 2020," he closed.