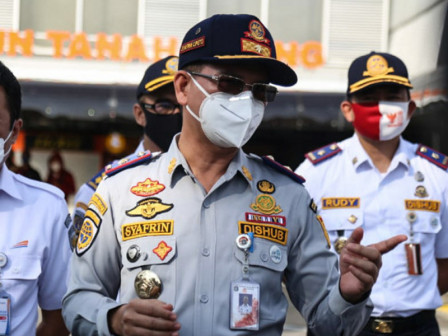 " Health protocols violations in those areas are quite high"

Jakarta Dishub Head, Syafrin Liputo conveyed, this decision was made because of many violations committed by people who were doing activities in 32 KKPs.

"Health protocols violations in those areas are quite high. Many people don't wear mask, disobey the warnings, hanging out with others which causing a crowd. Even we have prohibited people vulnerable to COVID-19 to enter the area, such as elderly, children under 9 years old, and pregnant women, but they force to enter the areas with various reasons. So for the time being, we will not allow activities in KKPs while evaluating the policy," he explained, Friday (8/14).

Even though no activities in KKPs, residents who want to exercise on Sunday can use facilities provided by Jakarta Government, such as bicycle lanes and several green open spaces (RTH)s that have been reopened.

We have 63 kilometers bicycle lane in several areas such as BKT and temporary bicycle lane in Sudirman-Thamrin-Merdeka Barat. As well as public areas that allow people to exercise, such as Tebet Park, GBK for jogging. But, people should adhere to health protocols and not gather in one place," he asserted.

For information, 32 KKPs have been allowed for sport activities since June 28, 2020. Joint personnel from TNI/Police, Jakarta Dishub and Satpol PP were deployed to monitor people's activities in the location and take action if necessary. This observation is used to evaluate whether activities in KKPs can be continued or not.