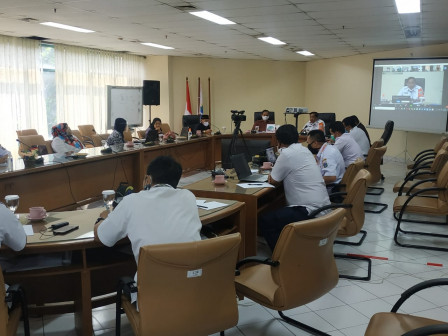 The Thousand Islands Acting Regent Junaedi is committed to develop martial arts as a regional culture in the region, as well as creating the potential of talented athletes and achievements in the future.

" Apart from being a sport, it can potentially become a culture and support for the tourism sector"

It was stated on the sidelines of a coordination meeting via zoom application together with one of the martial arts schools, Sinar Warna Nusantara Foundation, at the Mitra Praja office, on Wednesday (8/5).

According to him, the potential of the Thousand Islands young generation for the sport of martial arts should be maximized.

"Apart from being a sport, it can potentially become a culture and support for the tourism sector," he expressed.

As the initial stage, he explained, it could be included in extra-curricular lessons at school or making an art workshop to teach kids in Thousand Islands.

"In the tourism sector, it can be used to welcome guests who come to Thousand Islands," he explained.

Sinar Warna Nusantara Foundation Founder Suryo Wirawan added he was ready to help the Thousand Islands in providing training and coaching for schools.

"We're ready to foster and teach kids at school about martial arts," he said.