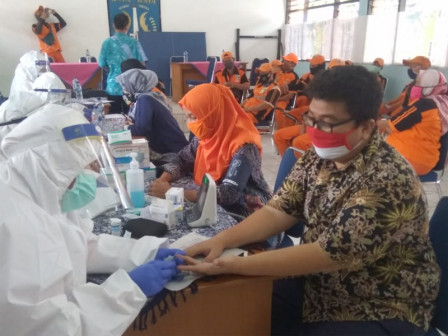 " Surely we hope all the results are negative"

"Previously we held the same test and the results were negative. We also want the same results in the test this time. If there are reactive symptoms, we want them to do a 14-day home-isolation," she expressed, Thursday (7/9).

Pasar Rebo Market Sub-district Vice Head Santoso added swab tests were important considering many urban village employees work every day in the field and face to face with the community.

He added the swab test results would only be known within one to two weeks ahead considering the examination at the regional health laboratory was increasing, because of the simultaneous swab tests.

"Surely we hope all the results are negative," he hoped.