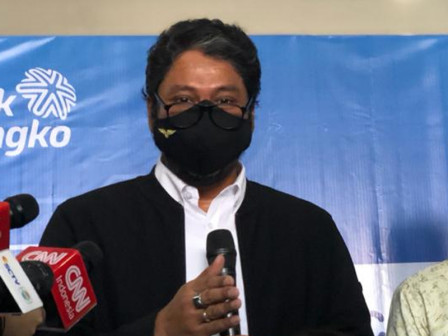 PT. Transjakarta tested the electric bus for EV 1 (Jakarta City Hall - Blok M) route until the next 3 months. For now, only 2 electric buses are operating, but Transjakarta plans to add more fleets until 100 units by the end of this year.

" In the future, we also open the opportunity for other companies who want to cooperate with Transjakarta"

"Recently, we only operate two units for the trial. Until the end of this year, we plan to add 100 electric buses. It is still free to ride this bus, because we haven't research on the ideal bus fare for now," stated Sardjono Jhony Tirtokusumo, President Director of PT. Transjakarta, after inaugurating electric bus trial at Transjakarta Office, Cawang, East Jakarta, Monday (7/6).

According to him, Transjakarta wants to help Jakarta Government in succeeding its programs to provide a safe, comfort, and eco-friendly transports.

"In 2019, we had pre-trial to enter the permit, We have tried to operate it for thousand kilometers with 13,000 passengers who enjoyed the ride. Now, we try to test it on the Transjakarta commercial route for three months. After it is feasible, we will promote it," he explained.

He mentioned two advantages of electric bus. First, it is very eco-friendly and the sound of its engine is also not noisy.

"In the future, we also open the opportunity for other companies who want to cooperate with Transjakarta regarding electric bus procurement. For now, we have received offer from PT. Bakrie Autoparts, and later we hope there will be many companies interested in cooperating," he mentioned.