Cycling to Work, Anies-Ariza Promotes the Use of Bicycle Transportation 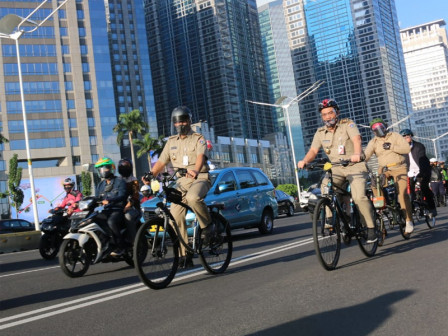 Jakarta Governor Anies Baswedan and its partner Ahmad Riza Patria (Ariza) together with the Bike to Work Community went to work by cycling to the City Hall from their respective residence on Tuesday (6/16) morning.

Bicycles are not just a means of sports, but also transportation from one place to another

"Bicycles are not just a means of sports, but also transportation from one place to another. So, if we want to go the store, worship place and office, we can ride a bicycle," expressed the governor, as quoted by Jakarta PPID's press release.

He revealed cycling actually did not require something special and do not need to be expensive, but it can function properly. As a matter of fact, he often conducted monitoring and visits by bicycle while wearing official uniforms.

"So bicycles are a means of transportation and do not need special clothing or shoes. Earlier I rode a bicycle from Lebak Bulus to the office, that was about 19 km. Surely many people think it's very far away, but if we ride a bike casually and the chain settings are normal, everything will feel close," he explained.

He also explained, during the transition period, many people began to ride bicycles as a means of transportation so there was a 10-fold increase in the number of bicycle users along Sudirman-Thamrin. Therefore, he uttered the bicycle lane was prepared through the use of a traffic cone limiter, apart from the bicycle lane that had been built before.

"Public interest for bicycling is increasing very high. We have been pushing it since some time ago, we also added the 63 km track last year. And now we add a temporary popup lane for cyclists to be safe. Alhamdulillah, this is well organized, InsyaAllah, it can be used continuously," he stated. 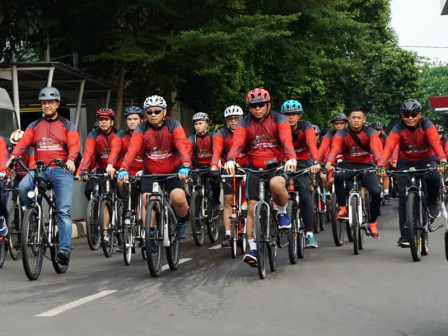 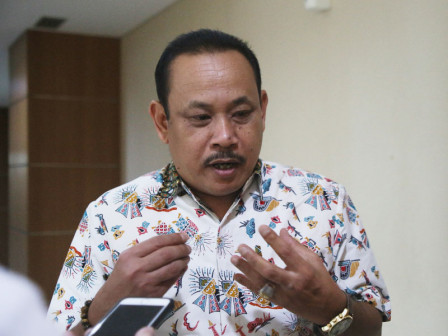 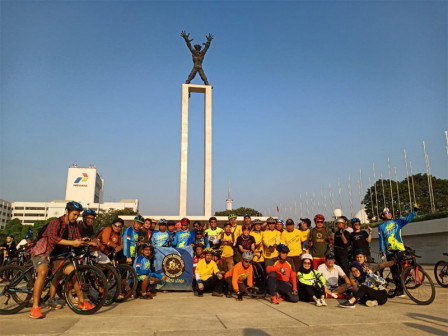