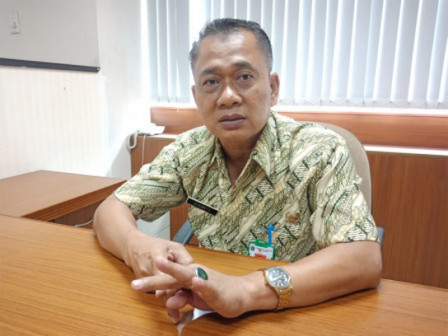 (Foto : Mustaqim Amna / Beritajakarta.id)
South Jakarta Park and Urban Forest Sub-agency Head Winarto said that his party is going to reopen five parks in its region amid the large-scale social restriction (PSBB) transition in the near future.

Those five parks are Tebet, Kebagusan I in Pasar Minggu, Tabebuya in Jagakarsa, Gandaria Tengah in Kebayoran Baru and Swadarma in Pesanggrahan.

He explained the opening of the five parks was decided upon various considerations. Among them is because the access in and out of the park location only has one door, thus making it easier to guard.

Aside that, the conditions around the park are very well fenced and guarded by security officers for 24 hours.

"Currently we are still drafting the standard operating procedure (SOP) for visitors and park attendants," he said.