Anticipating Tidal Floods, Embankments in Thousand Islands will Be Elevated 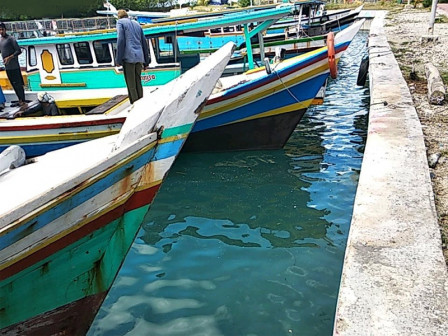 Thousand Islands Water Resources (SDA) Sub-agency is inventorying embankment heights on 11 residential islands in a bid to anticipate the phenomenon of tidal flooding as an annual disaster in Thousand Islands.

"It will be done in the entire embankment as the height is inappropriate, to determine the way forward," he expressed, Monday (6/8).

His side plans to elevate the embankment in several locations, which become the entrance of tidal floods in several residential islands.

"Unluckily it can be proposed next year," he explained.

In the meantime, Panggang Island Urban Village Head Pepen Kuswandi added this year's rob in his territory is very high compared to the previous year. That is why he called on the Water Resources Sub-agency to elevate the embankment in certain areas.

"We want local RT and RW to always increase alertness and coordination with regional apparatus," he stated.