Arrangement is Complete, Four Stations Trial is Carried Out in Stages 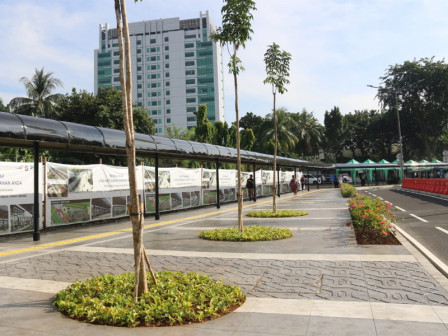 Jakarta Provincial Government together with PT MRT Jakarta and PT Kereta Api Indonesia have completed the arrangement of the Juanda, Senen, Tanah Abang and Sudirman stations. And now they are staring at a gradual trial.

" the advantage of arranging the station area, especially at Tanah Abang Station is integration"

Further, it aimed to evaluate and monitor the concept of intermodal integration, which is the purpose of arranging the station area, thus everything could be fixed prior to the inauguration.

"Additionally, traffic management and engineering is done thus traffic around the station is smoother. So, the advantage of arranging the station area, especially at Tanah Abang Station is integration whereby picking up and dropping off passengers are done inside the station in a bid to avoid traffic problems," he explained.

As for the information, this project is the first step towards the realization of an integrated transportation arrangement between the city government and the central government. It is conducted by promoting the aspects of safety, security and comfort of the community in transportation.