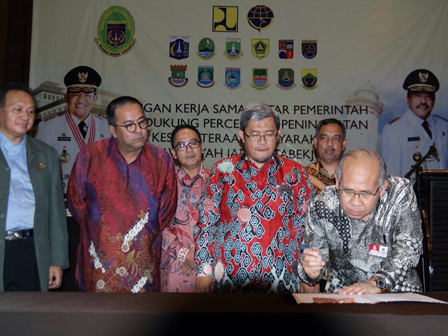 The effort in handling the flood conducted by city government with other regional governments keeps continued.

Ciawi reservoir construction, lakes revitalization, and developing infiltration well in all of river around Jabodetabek area, are several projects mentioned in the agreement.

He added that Jakarta Governor Joko Widodo is ready to fund the land buying of this project, while the reservoir construction's budget is under Ministry of Public Works' responsibility. "It means the land that is already bought owned by Jakarta," Oloan added.

According to him, Bogor Regency also asks Jakarta Provincial Government to assist in social impact of this reservoir project, especially the land buying.

"We're ready to assist, but it's impossible for us to be in frontline," Oloan continued.

Bogor Regency also asks to be involved in tourism management when the reservoir project is done. Bogor Regency sees big tourism potency at there.

"We could apply corporation model through regional-owned enterprises. Further discussion is still needed for this," Oloan stated.

Another agreement, is revitalizing hundreds of lakes. This project involves General Directorate of Water Resources for Ministry of Public Works.

"According to ministry's data, 200 lakes are spread in Jabodetabek. In fact, this number is already decreasing into 183 lakes. The revitalization authority is lying under this institution," Oloan explained.

Jakarta Provincial Government with eight other regional governments are also agree to create infiltration well along Ciliwung river bank or other rivers.

"We also ready to construct pedestrian bridge above Ciliwung river which connects Jagakarsa South Jakarta with Depok. We have to coordinate with Depok," Oloan added.

Oloan stated that flood handling in Jakarta will be continued after Jabodetabekjur Development Board finished the leader and secretary transition period. 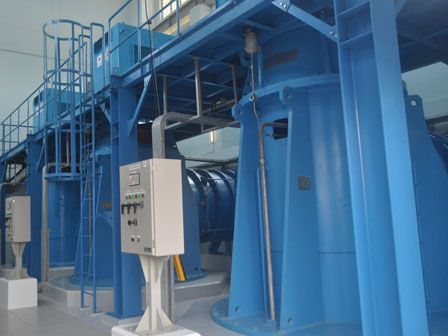 3 Pump Houses will Be Built in North Jakarta 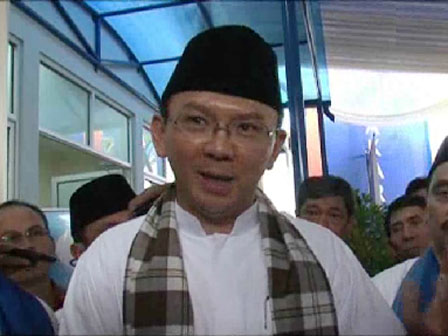 Ahok: This is My Last Period to Serve

Sex Works Activity Around Cakung River will Be Controlled Soon 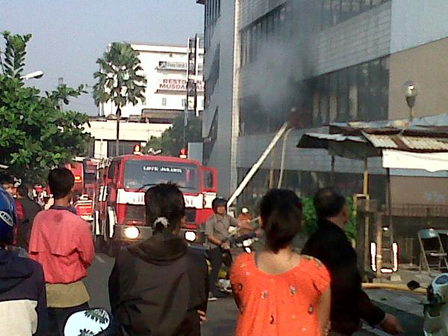 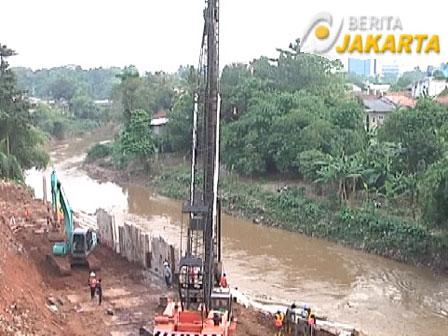 Ciliwung River will Be Installed with Sheet Pile