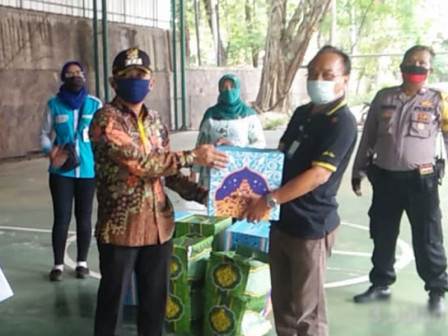 " Alhamdulillah it can be distributed on target"

"Especially for Pela Mampang, two RWs have yet to receive the aid, as the urban village has not received complete data from local RWs," he expressed, Monday (4/27).

He explained each citizen gets one sack of five kilograms of rice, two small cans of sardines, 0.9 liters of cooking oil, two packs of biscuits, two pieces of cloth mask and two sticks of soap.

"Alhamdulillah it can be distributed on target. They really need this, especially those whose income is affected by the PSBB," he stated.