JPS: PSBB Extension in Jakarta is the Right Decision 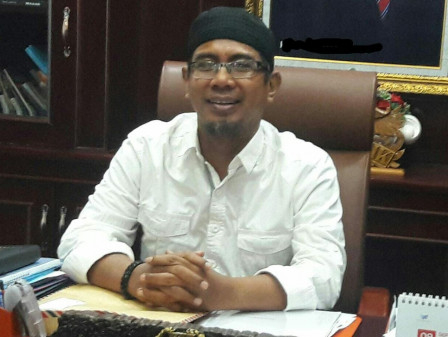 Jakarta Public Service (JPS) has expressed their appreciation for the Jakarta Provincial Government's decision to extend the large-scale social restrictions (PSBB) by the next 28 days in Jakarta in curbing the spread of COVID-19.

" This is the right decision"

"This is the right decision. Jakarta is the first province to implement the PSBB, before it is followed by other cities, districts and provinces in Indonesia. Hopefully it can run more optimally," said JPS Executive Director, Mohammad Syaiful Jihad, Thursday (4/23).

He explained the first phase of the PSBB should be evaluated soon, especially related to companies that break the rules.

"We still see a lot of movement from areas around Jakarta. I think this is due to the demands of the company because they still have to work," he explained.

He went on to say that the obligation to use masks and to maintain physical distancing must be strictly monitored by the enforcement of rules, including sanctions as a deterrent effect.

"Surely there must be individual awareness to combat the virus. Citizens must play a role in saving themselves and others so they are not infected," he stressed.

Aside that distribution of social aid that is not on target should be immediately evaluated.

"This is a must, as we want all citizens who need help to meet their food needs," he told.

"A place for independent isolation is much needed to stop transmission of COVID-19. Including, this is a protection for a family from the virus," he said.

In addition the need for Personal Protective Equipment (PPE) for medical workers should also be a common concern.

"Instead of hoarding but we must empathize with all medical workers," he asserted.

Thereby his party was ready to collaborate intensively with the Health Agency in curbing the virus.

"Thus far we have also distributed to the needy and helped meet the needs of PPE in community health centers and hospitals," he closed.