19 Pumps in Four Underpasses, Central Jakarta are in Prime Condition 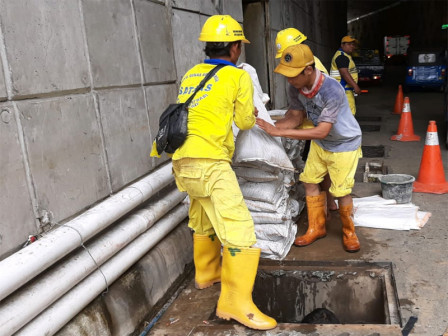 " Alhamdulillah, all pumps are in top condition"

Besides pumps, the same action was also carried out on the canal and its manhole cover.

"We do this action after the flood at the underpass last February. Alhamdulillah, all pumps are in prime condition," expressed Central Jakarta Bina Marga Sub-agency Head, Rakim Sastranegara, Wednesday (3/11)

To conduct the action, his side involved 10 officers in the field," he stated.