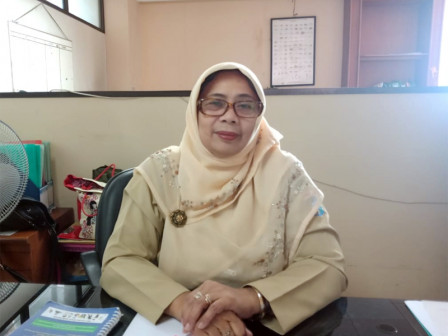 The South Jakarta Maritime, Agriculture and Food Security (KPKP) Sub-agency is going to spread 700 thousand tilapia seeds in 12 public lakes in the region.

Of the 12 lakes, 2 of them are in Pancoran, 2 are in Pesanggrahan, one is in Kebayoran Lama, 2 are in Cilandak, four are in Jagakarsa and 1 is in Pasar Minggu.

"In mid-March, we will start spreading fish seeds in Mangga Bolong Srengseng Sawah and Kampung Bintaro Pesanggrahan lakes. In both locations, we want to spread 100,000 seeds," she said.

She added those seeds are from the Promotion and Certification of Agricultural Products Centre (PPSHP) Technical Executing Unit (UPT) which is based in Ciganjur, South Jakarta.

"Before the seeds are spread, we will first check the lake's water, whether it contains high ammonia or low oxygen levels," she said.