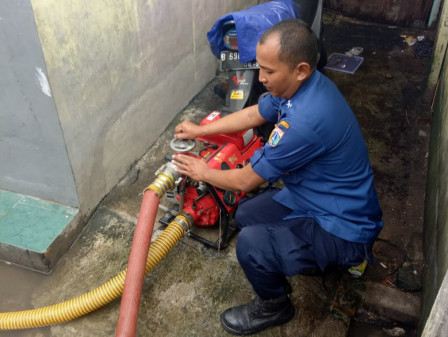 In each location, we sent four officers with one portable pump. Currently citizens could already conduct their activities as usual.