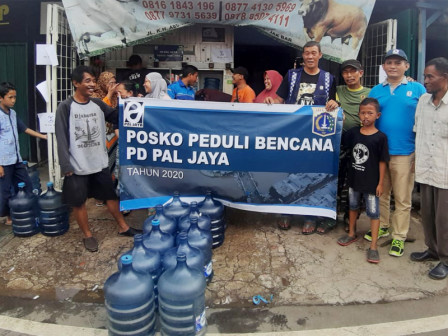 " Mineral water is chosen according to the needs of the citizens"

"Mineral water is chosen according to the needs of the citizens," expressed PD PAL Jaya President Director, Subekti.

They also sent tankers filled with clean water that will be alerted during the refugee period.

"We also do the same thing to other areas, namely Makasar, Tebet and Bekasi sub-districts. This aid provided is in the form of a number of basic needs and cleaning tools," he closed.