Personnel and Locals Cooperate to Clean Up Petamburan Area 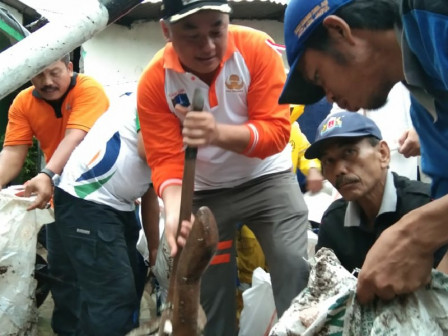 " We will also soon evaluate and take further steps"

"This action involves personnel of Metro Resort Police, 0501, as well as locals and communities," he expressed, Sunday (1/5).

To support them, there are also members of PPSU, Water Resources Sub-agency, Bina Marga Sub-agengy and Environment Sub-agency.

"In total there are 572 personnel," he explained.

After this action, his party intends to repair some broken dikes, which caused overflowing waters to Petamburan area.

"We will also soon evaluate and take further steps," he exclaimed.

"Representing the community, we are very grateful as the handling is very fast and responsive," he stated.