South Jakarta Government and Locals Clean Up Settlements in Pengadegan 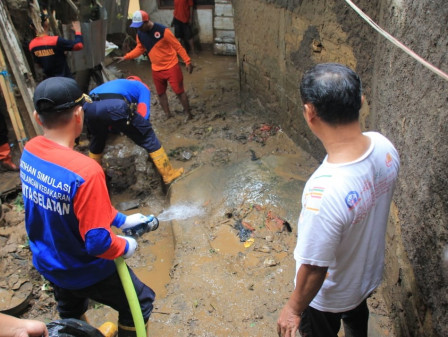 Pancoran Sub-district Head, Moh. Rizki Adhari stated, joint personnel collaborated with local residents to clean remaining waste and mud after flood. Until now, there are 3 RTs that are still flooded: RT 05, 06, and 07.

"Flood in other locations have receded and we are working together to clean it," he mentioned, Saturday (1/4).

Previously, settlements in that area were flooded as high as 100 centimeters due to high intensity rain few days ago that caused Ciliwung River to overflow.

"Hundreds people have evacuated and now stay in shelters. Until now, we are still receiving assistance through our post at Pancoran GOR," he explained.