800 Joint Personnel Clean Up Mud After Flooding in Cipinang Melayu 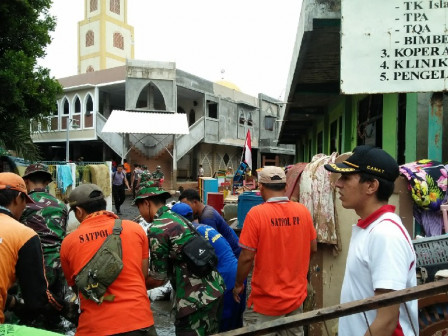 His side deployed personnel to several settlements to clean up mud and garbage carried by the flood.

"We clean this up to help residents who are affected by flood," he stated, Saturday (1/4).

Besides, his side also deployed 20 garbage trucks, 10 fire trucks, and 20 motor carts to accelerate the work.

"We deployed 100 Satpol PP personnel to participate in this cleaning," he conveyed.

"We are targeting areas affected by flood to return to normal within the next four days," he mentioned.