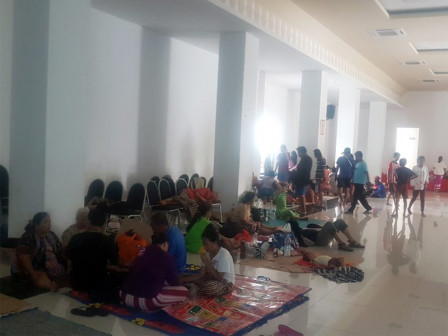 Jakarta Disaster Management Agency (BPBD) announced number of flood victims who evacuated to the shelters has decreased from 31,000 to 12,491 people.

" This data can fluctuate"

"This data can fluctuate. Maybe it could be reduced later. For now, most of them clean their houses. Some of them return to the shelter," he said at Jakarta City Hall, Friday (1/3).

"Most flood points have receded and inundation on the road are mostly below 10 centimeters," he informed.