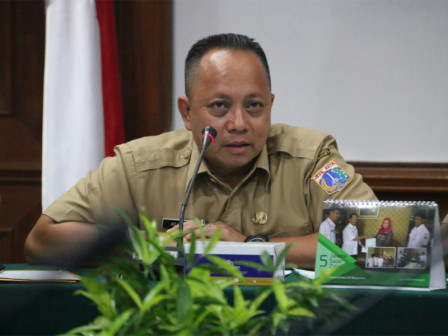 " Now we are coordinating it with urban village and sub-district"

North Jakarta Social Sub-department Head, Aji Antoko stated, his side has prepared public kitchen and other assistance for the victims since morning.

"Until this far, we are informed that settlements in Semper Barat, Sukapura and Pegangsaan Dua are affected by flood. Thus we came to distribute the assistance," he mentioned.

According to him, Cakung Lama River overflowed thus it caused flood in its surrounding areas. The deepest point of the flood reaches one meter.

"Currently, we are still mapping other flood locations and what residents need. Now we are coordinating it with urban village and sub-district," he explained.