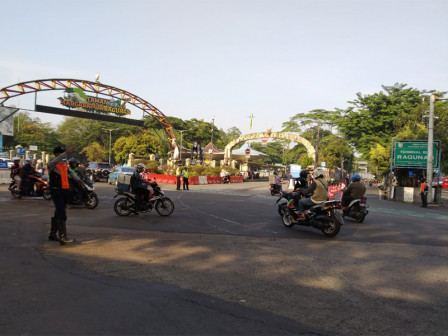 (Foto : Rezki Apriliya Iskandar / Beritajakarta.id)
As many as 116 personnel of South Jakarta Transportation Sub-agency have been alerted in some areas of South Jakarta, which aims to manage traffic flow during Christmas holiday.

Those are dispatched around church and Ragunan Zoo areas, precisely around Kebayoran Baru Kristen Indonesia and Yohanes Penginjil churches. The rest are spread at 11 spots around Ragunan Zoo Traffic Light in the front of Bumi Perkemahan Ragunan, on the north and south sides of the Pertanian Traffic Light.

Other personnel would also be sent to help parse traffic jams.

"Hopefully it can smoothen traffic and create a sense of comfort and safety in driving," he stated.