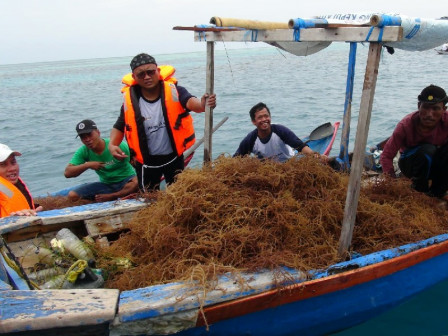 " This cultivation empowers and enhances the people's economy"

He assessed that the harvest conducted by local citizens in several waters and islands area was growing and the results were good. It was inseparable from the fostering of various parties, like local governments, foundations and institutions.

"This cultivation empowers and enhances the people's economy," he expressed.

One of Pramuka Island citizens Noval (38) explained that the yields of 100 farmers produced 2.5 tons of sphinosum seaweed.

"We'll use them as a nursery and then will be distributed to farmers. Then the rest will be sold in the form of processed products," he said.