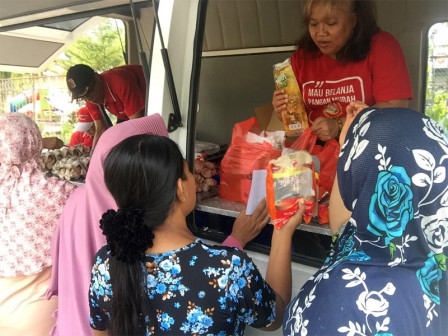 Ahead of Christmas and New Year, the Jakarta Maritime, Agriculture and Food Security (KPKP) Agency along with the Ministry of Agriculture's Food Security Agency has opened cheap markets in 10 locations spread across five cities of Jakarta.

" We sell at lower prices than market prices"

"This is our effort to provide guarantees to the public to get access to cheap and quality food ahead of Christmas and New Year," he stated.

He added, based on the monitoring results, almost all commodities have increased by 5 percent. But people do not need to worry, as all commodities and food supplies are available and safe.