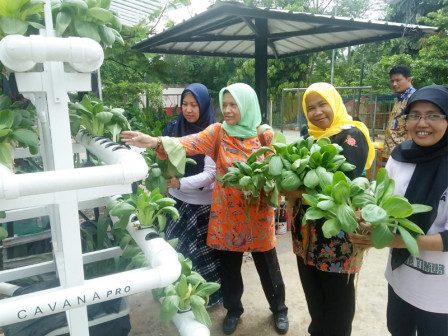 " It is done as a way to educate and encourage people"

According to him, this is the fourth time his side harvested vegetables from urban farming in the office, but first time in RPTRA.

"Harvested bok choy and cabbage are sold with price Rp 10,000 per pack with weight 2.7 ons. Money from sales will be collected for RPTRA's operational fund and cash," he conveyed, Thursday (11/21).

"It is done as a way to educate and encourage people to utilize available limited land for urban farming with hydroponic technique," he mentioned.