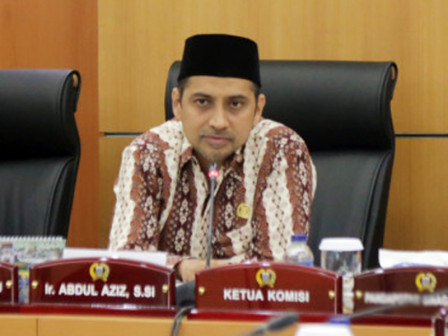 " Kota Tua is one of the favorite tourism destinations in Jakarta"

Commission B Chairman, Abdul Azis explained, an increase in the budget of Rp 1 billion was for various art performances that will be held in Kota Tua every weekend.

This activity was previously proposed by the Disparbud with total budget Rp 800 million, yet his party agreed to raise it up to Rp 1.8 billion.

"Besides attracting more tourists, we expect this program to give more space for art communities to express themselves through their creative and innovative works," he said, during the further discussion of 2020 KUA-PPAS with Disparbud.

According to him, it could attract more domestic and foreign tourists who visit Kota Tua while enjoying the nuance of the old town of Jakarta.

"Kota Tua is one of the favorite tourism destinations in Jakarta. Thus its management should continue to be improved," he conveyed.

"Next year, art performances will be held more innovative and lively, to match Formula E event," he stated.