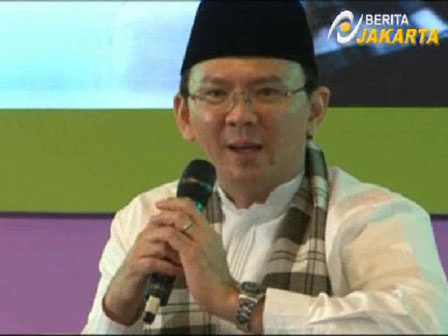 The construction of Giant Sea Wall which included in the National Capital Integrated Coastal Development (NCICD) program is confirmed running well because the developers, who have got permission to do reclamation in 17 islands, are committed to help the Giant Sea Wall construction.

" But, they are obligated to heighten and strengthen the embankments before doing islands’ reclamation"

“The developers are still committed to support NCICD project and Giant Sea Wall construction. They have got permission to do reclamation in 17 new islands in Jakarta’s northern beach. But, they are obligated to heighten and strengthen the embankments before doing islands’ reclamation,” stated Vice Jakarta Governor Basuki T Purnama, Friday (9/12).

For information, the NCICD program consists of two phases. The first is Phase A, which is the implementation of 17 islands reclamation. And, the second is Phase B, which is the construction of outer sea embankment that integrated with land reclamation.

According to PT Intiland Vice President Director, Suhendro Prabowo, PT Jakarta Propertindo (Jakpro) has been appointed by Jakarta Provincial Government to be the coordinator of 17 islands reclamation developers. But until now, PT Jakpro still has not shared the sea embankment heightening and strengthening works.

“We ourselves don’t know how much our share that must be worked on to heighten and strengthen the embankment,” he disclosed.