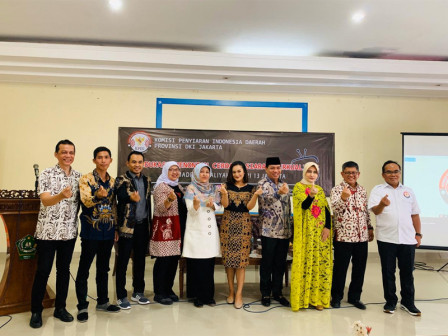 "They (KPID) must do it massively. Thus the public is getting smarter and wiser in choosing spectacle or broadcast," he expressed, on the sidelines of the Quality Broadcast Smart Audience Education program at Madrasah Aliyah Negeri 13 Islamic School, Lenteng Agung Urban Village, Jagakarsa, South Jakarta, Tuesday (11/12).

To optimize it, the role of the parents is also very important to avoid broadcasts with negative content from their children, especially internet.

"I'm supporting it and must be held massively in other schools in Jakarta," he explained.

Jakarta KPID Chairperson Kawiyan expressed it is quite interested in the community.

"To support it, we present competent speakers," he told.

Unfortunately, now, it is still unoptimal due to lack of budget.

"In each year, we can only hold twelve times. But I hope it can be propagated in the future," he hoped.

As for the information, the Quality Broadcast Smart Audience Education program was also attended by one of DPR members Teuku Taufiqulhadi.