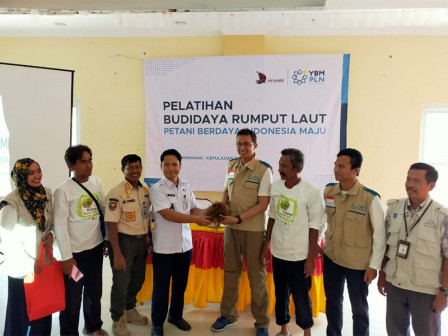 " They also received seed aid and assistance in the cultivation"

Those fishermen are from Panggang and Pramuka islands who have never studied seaweed cultivation before.

By so, they are expected to get the right education, mentoring and cultivation techniques for maximum results. For example, cropping patterns, the right waters, types of plants, problems to solutions.

"It is concentrated in the waters of Semak Daun Island, as there are already many who do cultivation around Panggang Island," he stated.