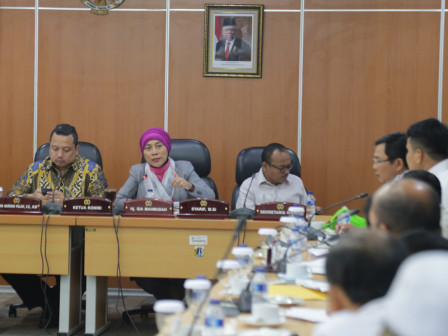 " They proposed budget around Rp 511 billion and we approve it"

"They proposed budget around Rp 511 billion and we approve it. Importantly, they must be able to improve control over land use in Jakarta," said Ida Mahmudah, Chairwoman of Commission D, Wednesday (11/6).

Jakarta CKTRP Department Head, Heru Hermawanto stated, his side will implement three priority programs in 2020. Each revision of the Spatial Detail Plan and Zoning Regulation (RDTRPZ) is proposed with budget of Rp 10 billion.