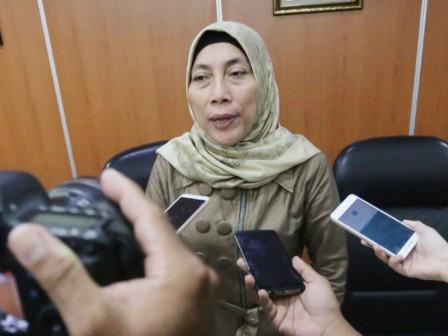 Previously on City Budget (APBD) General Policy and Provisional Budget Priorities and Funding Levels (KUA-PPAS) 2020 meeting, SDA Department proposed budget for land acquisition in order to handle flood from Rp 600 billion into Rp 425 billion. But this proposal was rejected by Commission D because it is related to regional strategic activities.

"We expect Jakarta SDA Department to adjust the budget without reducing the service given to the community. There are still many activities postponed compared to land acquisition activities," conveyed Ida Mahmudah , Chairwoman of Commission D, Tuesday (11/5).

According to her, land acquisition should be focus on constructing reservoirs, retention basin (embung), and paying compensation to residents affected by Ciliwung and Pesanggrahan Rivers normalization project. Thus Commission D agrees to return SDA's proposal for land acquisition in KUA-PPAS 2020 into Rp 600 billion.

"Budget allocation for land acquisition remains to use the first proposal, thus people that have been registered can get compensation and central government through river region center to hold revitalization program for Ciliwung and Pesanggrahan Rivers," he explained.

Responding to that, Jakarta SDA Department Head, Juaini Yusuf said that his side will realize the compensation for all residents affected by Ciliwung and Pesanggrahan River normalization project and reservoir construction in 2020.

"Hopefully delayed compensation payment in 2019 can be completed next year," he asserted.